Men who wait longer to have children run an increased risk of passing on potential health conditions to their offspring due to sperm health, a new study from University of Otago has found.
The study analyzed the results of 90 existing studies on male fertility and found consistent findings—the quality of a man’s semen declined as he aged. It’s already recognized that a woman’s age can lead to increased likelihood of health problems in children but it has been less clear whether a man’s age had similar effects.
“While female age is well known to have negative effects on fertility, reproductive success and the health of offspring, the influence of male age on a couple’s fertility has been largely neglected,” said the study’s lead author Dr Sheri Johnson.
Not only did older sperm increase the risk of miscarriage and other complications during pregnancy, they increased the likelihood of a range of conditions such as Autism, Down syndrome, epilepsy and schizophrenia. It could also be a big factor in infertility.The study was not designed to identify the rate of decline, but Johnson said existing studies showed that consistent downward trend could begin as early as 35.
On good tip is that many studies have shown that with male 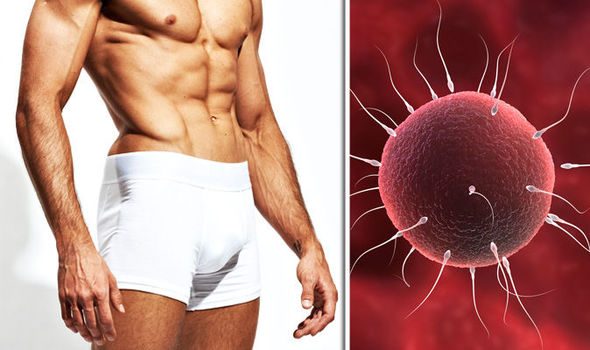 enhancement pills that are natural products of botanical and amino acids, help males anatomy and their reproductive system, some just boost desire for sex or they are a way on how to last longer in bed, but many raise stamina and the semen volume increases, so the sperm quality can improve and by end help you increase the possibilities of conceiving.
The specific problem with older semen was lower volume, poor sperm performance, and increases in malformed and DNA-damaged sperm. Semen quality is used to show how fertile a man is. However instead of relying on semen volume, sperm concentration and total sperm count, which are common clinically measured traits, Johnson said a greater focus on the ratio of DNA-fragmented sperm cells and their ability to swim, could be more important aspects of sperm quality: these are likely more accurate and consistent predictors of a man’s fertility status.The findings were significant because many couples were waiting longer to have children, Johnson said.
Conceive Plus® is the ideal fertility lubricant for all couples trying for a baby naturally. Clinically proven to support sperm health and viability, Conceive Plus® is FDA cleared for use by trying to conceive couples and is safe for sperm and does not cause DNA fragmentation. How to get pregnant with Conceive Plus®. Sperm has been successfully grown in a test tube for the first time, a breakthrough technology that could eventually... read more Infertility can be caused by a number of factors, including (but not limited to) DNA damage, chromosomal aberrations, hormonal... read more